The Black Friday travel deals you need to look out for 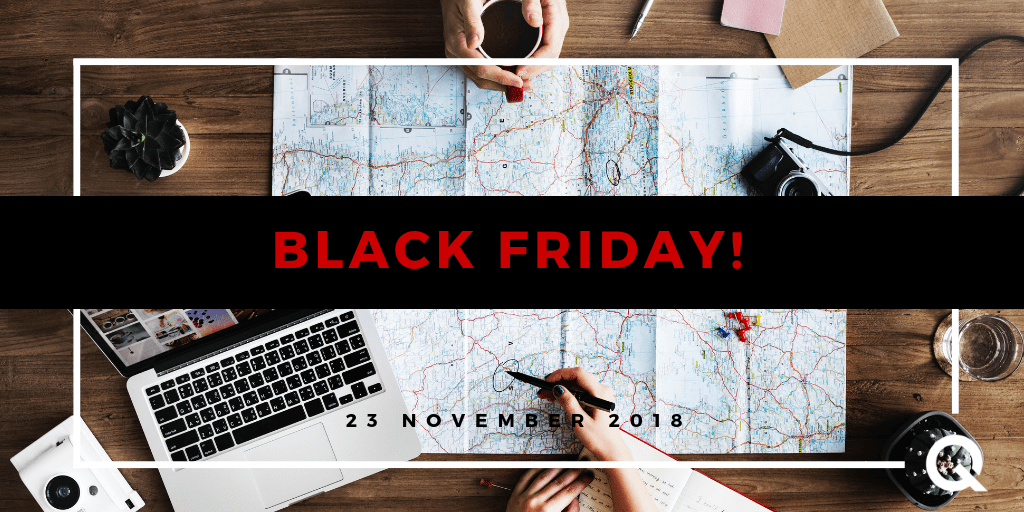 Black Friday, and the wealth of money-saving deals that accompany it is on the horizon – but what deals should you look out for?

We’ve looked back at some of the best deals from 2017, and taken a peek at some that could follow this year in an effort to help you find great deals.

On 23 November, and in the days and weeks around it, there’s a chance you might find some great travel offers, provided you know where to look.

In 2017, numerous airlines offered discounted seats, while many train services did the same – making getting around that slightly bit cheaper.

Ryanair for example, made hundreds of thousands of flights available at lower rates, while Virgin Trains halved costs on the East Coast route for travel in January and February.

They weren’t the only airline to promote great deals either, as you could get return flights from London to New Zealand for under £400 last year with Air New Zealand. But be warned – those deals sold out in minutes so you’ll need to keep your eyes peeled this year.

It’s likely that British Airways, EasyJet, TUI and Thomas Cook will have some form of deals in place this year, although nothing is confirmed as yet.

Hotel chains also got in on the act in 2017, with Mercure and Ibis Hotels offering rooms at reduced rates for certain times of the year.

Expedia meanwhile, slashed rates on hotel rooms and packages by up to 70%, while a select few flight and hotel packages saw £550 chopped off the price.

While it’s unlikely you’ll find rooms for peak times included in the deals, you may find cheaper rates if you’re willing to travel at other times in the year – especially if you’re not trying to fit trips away around the school holidays.

You could also save £5 on the regular cost of a 16-25 UK railcard in the days surrounding Black Friday in 2017, making it cost even less to travel around by rail. Keep your eyes peeled in case there’s a similar offer this year.

Cruise companies also offered numerous deals last year, with Royal Caribbean giving customers 25% off if they booked on to their newest liner, the Symphony of the Seas, as well as credits to use when travelling.

With ski season just around the corner, Black Friday offered ample opportunity to take advantage of some stunning last minute offers in 2017.

Meanwhile, Interactive Resorts slashed prices for a week stay at one of its chalets by more than £800 per person, although the available dates were limited.

Other money-saving deals from 2017 were available via Club Med and Ski Solutions, with both offering savings of up to £650 per person.

Car hire offers around Black Friday appear slightly harder to find, but that isn’t to say that you won’t find great options if you hunt around.

For example, Hertz offered up to 40% off prepaid rentals for several months after Black Friday 2017 while Thrifty cut its weekend rental prices by 25%.

Skyscanner has a page set up detailing the offers it has found for 2018, although the comparison tool notes that most car hire offers will be a part of ‘flash sales’ – meaning you’ll need to be quick as the offers won’t be around for long.

To get the latest updates on Questor Insurance’s offers, be sure to follow us on Twitter @QuestorIns.