The Top 10 sites to see in Munich after Oktoberfest

With Oktoberfest just around the corner, it’s important to remember that there’s plenty more for visitors to see and do in Munich this Autumn.

A prized part of Bavarian culture, the celebration – which gets underway on 22 September – is the biggest folk festival in the world and is known for its beer and culinary delights.

Munich is easily accessible from Airport Franz-Josef-Strauss – about 20km to the north – via two S-Bahn lines, with the journey taking around 45 minutes.

If you are visiting during the festival, the extensive public transport network should be your go-to option for getting around – and for seeing the many sites that the city has to offer. 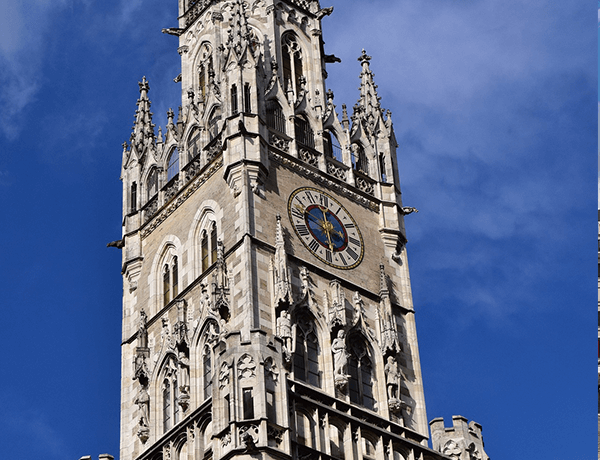 The beating heart of Munich and home to the New Town Hall (Rathaus), the Marienplatz is a must for visitors to the city.

However, it’s the Rathaus tower that grabs everyone’s attention, as the Glockenspiel chimes every day at 11 am, noon and 5 pm, and more than 30 figures dance and fight.

If you miss one of these shows, be sure to catch when the night watchman and an angel appear at 9 pm.

Originally developed as a private church by the sculptor and painter pair, it is widely considered to be a masterpiece of the southern German Late Baroque style.

It’s interior is split into three distinct sections that increase in brightness as you go upwards – symbolising suffering at the lower level through to God and eternity at the higher level.

The Eisbach is a 2km long manmade river that runs through the Englischer Garten. This in itself may not sound too appealing, but a manmade wave exists in one section and this is what many tourists flock to see.

You’ll be able to catch a stream of experienced surfers trying their luck at riding the standing wave – which is around one metre high – just past a bridge near the Haus der Kunst art museum.

Found on the right bank of the Isar River, Tierpark Hellabrunn is home to just shy of 19,000 animals from 733 species.

The zoo is heavily involved in breeding, conservation and reintroduction projects and houses gorillas, chimpanzees, elephants, wood bison and alligators, among others.

A young polar bear cub, named Quintana, was born at the zoo in 2016 and is a popular attraction, as is the ability to go face to face with giraffes in the Savannah House. 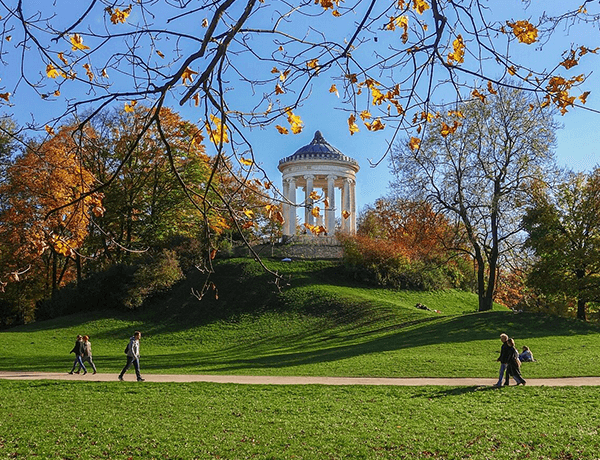 One of the world’s largest urban public parks, Englischer Garten is modelled on the English style parks that came to prominence in the 18th century.

Stretching from the city centre to the north-eastern city limits, there are plenty of paths to explore and an abundance of lawns to relax on.

The daily food market and square in the centre of Munich has around 140 stalls that offer all of the traditional goods you’d expect at a farmers’ market.

Most stalls are open for regular trading hours and you’ll find an array of game, poultry, exotic fruits, flowers, cheese and fish, among plenty more.

Established in the former residence of artist Franz von Lenbach, the Stadtische Galerie im Lenbachhaus features works by the artists of The Blue Rider movement.

Alongside contemporary art and works from the Art Nouveau and New Objectivity, there are works by Wassily Kandinsky, Paul Klee, Franz Marc and Gabriele Munter. 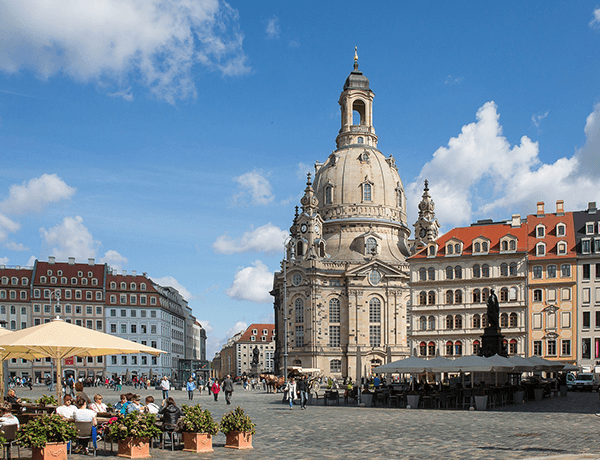 The towers of the city’s largest church dominate the Munich skyline and have done since the 15th century.

The late gothic Frauenkirche can house 20,000 visitors and keep an eye out for the Devil’s Footstep when you enter – a mysterious footprint in the floor.

According to German legend, the mark represents where the devil once stood and it survived World War II, despite widespread damage to the rest of the cathedral.

If you’re feeling energetic, climb the towers for a breath-taking view of Munich and the Bavarian Alps.

The grounds of this former Royal Palace are spectacular in their own right, but if you venture inside the largest city palace in Germany you’ll find a magnificent museum of interior decoration.

Featuring artwork, porcelain, tapestries and antiques in 130 rooms, be sure to visit the Antiquarium too to gaze in amazement at the grand gold and painted ceiling.

One of the biggest, and oldest, science and technology museums in the world, the Deutsches Museum is packed full of 17,000 artefacts.

You’ll find the laboratory bench where the atom was first split and the first automobile, as well as the famed Red Baron, a tri-plane from the First World War. There are plenty of interactive exhibits to fuel the imagination too.

As you can see, there is plenty to keep you busy in Munich beyond the Oktoberfest celebrations! If you have found this guide helpful, check out our social hub for further destination-based guides and travel advice.