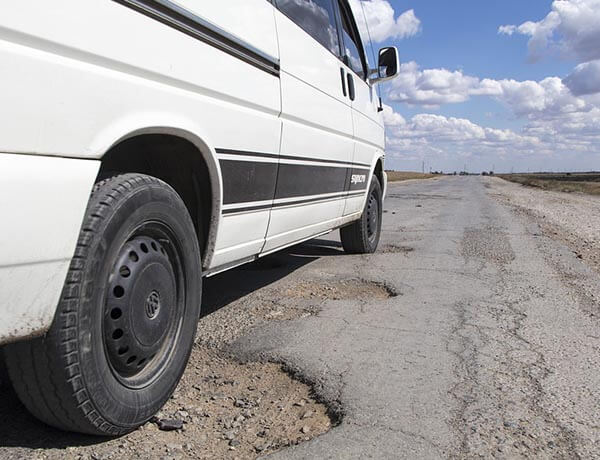 Not only will the move mean better road surfaces but it should also mean reduced damage to vehicles as a result.

The Government has committed an additional £100 million to tackle potholes in the wake of recent poor weather, as unveiled by transport secretary Chris Grayling.

He has suggested that the funding will repair close to two million potholes in the UK road network and follows other efforts to ensure the roads are fit for the future.

Mr Grayling said the finance is necessary following the spate of freezing weather that has caused chaos on UK roads before adding that drivers should be able to enjoy their journeys without having to avoid potholes.

Around £900,000 has also been awarded to eight councils to develop vehicle initiatives that will make the process of spotting potholes easier.

The latest funding follows the Annual Local Authority Road Maintenance survey for the current year which warned that it might take 14 years to get roads to a reasonable state.

At the same time, Cycling UK report that local authorities have spent more than £43 dealing with legal costs and compensation claims relating to potholes since 2013.

The RAC has also warned that the state of UK roads could suffer as a result of the cold weather and has suggested that the funding is a “drop in the ocean” when looking at the wider road network.

Potholes are a major issue for all drivers, and especially those with hire vehicles, as they can cause considerable damage to a car or van.

While insurance will often cover any damage, you may still need to pay an excess fee should the vehicle be damaged and that could amount to hundreds or thousands of pounds.

However, if you do plan to hire a vehicle, opting for car hire vehicle excess insurance could cover the outlay. Get a quote today to see how much the additional cover may cost.