Googles top holiday destination, as searched for by you 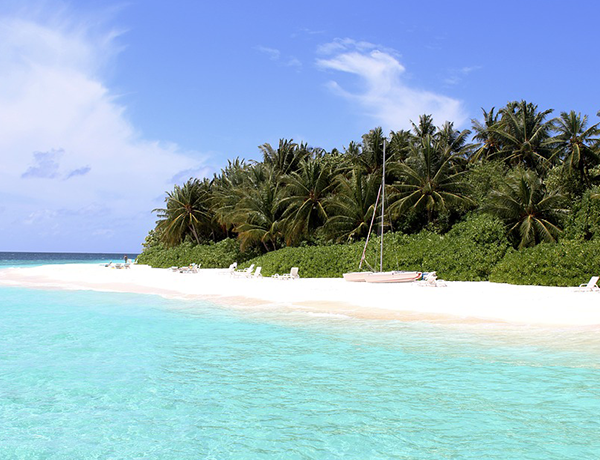 A lot has happened in 2016, so if you’re looking for an escape from an overload of Brexit and Bowie, you can always rely on Google.

The search giant has revealed the top ten trending travel destinations, defined by having a high number of search queries over a sustained period of time.

So what destinations were really popular in 2016?

While searches for Havana in Cuba peaked in March and were highest for Panama in April, the following five destinations have featured heavily among searches all-year-round.

Known for its glorious white sandy beaches, overwater villas and for being a paradise for newlyweds, the Maldives is often considered as the ultimate holiday destination.

Fantasising over a trip to its luxurious overwater villas doesn’t seem to have eased either, with the once-on-a-lifetime destination topping Google holiday searches again in 2016 (it probably won’t be the last time either).

Spain is massively popular among Brits – nearly ten million visited in July alone – and Malaga is often considered a home from home, especially with the high number of expats that live there.

Contemporary bars and cafes are popping up everywhere and have helped to make Malaga a brilliant destination to relax and enjoy a chilled Mediterranean vibe.

Sunny in the summer, and still sunny in the winter, the island is renowned as a great holiday destination all-year-round for Brits.

Given that flights to the Canary Island take around four hours, and that there are golden beaches, waterparks and nightlife all waiting to be enjoyed, it’s easy to see why it’s popular.

Staying closer to home, the fourth location on the list is the picturesque Scottish capital. With its rich history, stunning architecture and many secret gardens just waiting to be discovered, the city is in easy reach for many.

The castle may dominate the skyline, but there are also numerous shops and other attractions to entertain, making Edinburgh ideal for a city break, a weekend away, or as basecamp for a longer holiday.

Just as spectacular in winter as it is in summer, the American city has plenty to enthral and excite – from its huge department stores to its high rise buildings and historical monuments.

There’s enough museums, restaurants and bars to keep you interested for days on end, so although New York is great for a weekend city break, why cram it all in to such a short space of time?

Canada was also a popular search destination, with its national parks, ski slopes, wildlife and lively cities all attracting Brits.

Cape Verde, Florida, Fuerteventura and Mexico completed the top ten, with the latter growing in popularity massively in the last 12 months.

If you’re planning on going abroad in the coming months, be sure to organise your world-wide travel insurance in advance.