A forager&#39;s guide to enriching your winter larder 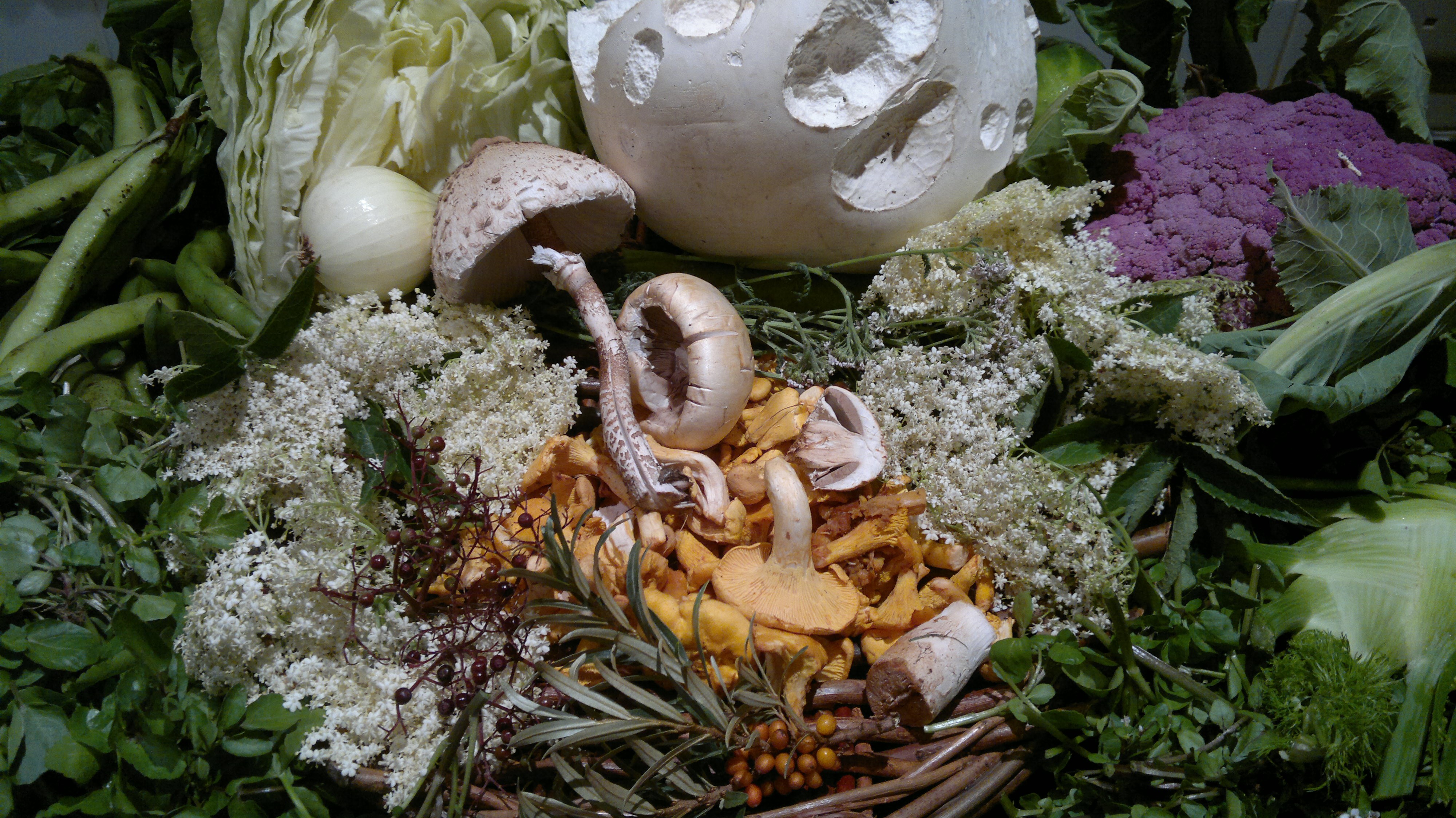 1. Chestnut - Chestnuts are not like other nuts.  They have a mealy, floury texture and are mostly carbohydrate, unlike most nuts, which are protein-rich. Where land was not suitable for cultivating grain crops because it was mountainous and/or forested, the nuts were a valuable food source and were ground into flour.  Chestnut flour is still used in rural French and Italian cooking to this day.   It is also worth noting that chestnut flour has no gluten and is therefore suitable for a gluten-free diet.

2. Mushroom - With so many mushroom species it can be difficult to know where to start. Do you have to learn to identify all of these before you can go mushroom picking? The simple answer is no - of course not. The approach we'd suggest is to concentrate on just a few of the more common and most easily identified species first. Treat everything else as suspicious at the beginning. Once you've had a bit of experience collecting these and you're confident in their identification then start to expand the list of what you're searching for.

3. Dandelion - Often still to be found in the winter months, these hardy weeds can be used to make a variety of drinks and the leaves used for salads, as they were by the Victorian gentry. With leaves resembling lion teeth, dandelions can be found virtually anywhere, but most commonly in open fields.

4. Nettle - Few herbs are more generous than the humble nettle. Nettles are one of the most useful tonic herbs available - they are rich in iron, calcium and vitamin A and C. They gently stimulate and tone the body, they remove waste matter and replenish the body with nutrients. Therapeutically a tea of nettle tops can be used as a blood cleansing diuretic that also stimulates the formation of red blood cells.

5. Rose hip - A Rose hip is the fruit of a rose. The wild dog rose is the type of rose most often cultivated for their hips; it grows up to ten feet tall and bears a white, very fragrant flower. Once the flower has bloomed, and all the petals have fallen off, the hip is picked and used in a wide variety of preparations. Rose hips are the best source of vitamin C; they contain 50% more vitamin C than oranges. A single tablespoon of the pulp gives an adult more than the recommended daily allowance of 60 mg. They can be eaten raw, after being put through a blender, or soaked in water overnight and then cooked in the water for about half an hour. Because of the high vitamin C content they are an excellent immune system booster.

6. Crab apple - The ancestor of the modern cultivated apple, the crab apple is an ancient thing. Many of our important indigenous edible plants are steeped in legend and lore, but this is especially true of the crabtree. You can almost tell, just by looking at its gnarled and thorny branches, that it has long been associated with witchcraft and folk magic. In Shakespeare’s A Midsummer Night’s Dream, the mischievous faery, Puck, boasts of bobbing like a roasted crab apple in a cup of spiced ale.

7. Wild garlic - Wild garlic is easy to identify and absolutely delicious. Most importantly perhaps, it’s prolific. You don’t eat its bulbs but its leaves that are seriously pungent when raw but ease nicely with cooking to give a real depth to dishes. Found in pretty much every deciduous British woodland or riverbank wild garlic likes damp ground where it erupts in ranks of sprays, each with a pointed, green leaf growing on a single green stem. Where you find one plant, you usually find many.

8. Sloe berries - The sloe is the fruit of the blackthorn, a common hedge and roadside bush that blossoms a stunning white in spring and has sharp ends to its dark, stiff, spiky branches. At this time of year it is awash with oval green leaves about 2 to 4cm long, hidden in which are clusters of round sloes, bluish-black in colour and about 1cm in diameter. Pierce their skin with a thumbnail and if green-fleshed with a plum-like little stone in the centre, you’re in business. Don’t be fooled by their bitter-as-hell taste when raw - they are going to prove a cracking ingredient.

9. Edible seaweed - You have almost certainly eaten seaweed, or at least a product derived from seaweed, without ever realising it, and there are some five to six hundred seaweed species found around the coasts of the British Isles with about nine thousand found worldwide. Seaweeds have been eaten in the British Isles for centuries, were then virtually forgotten, but are now slowly making a comeback thanks to the renewed interest in wild foods.Although you will frequently hear it said that all seaweeds in our waters are edible, some of the more exotic ones contain chemical constituents that are not good for you in quantity so your safest option is to stick to the tried and tested ones. Think about where you are picking from... are there localised sources of pollution? And harvest just what you need...

10. Watercress - More flavourful than supermarket watercress, wild watercress actually tastes sweeter in winter. Even during the snowiest days of winter, watercress can be found growing in tight, bright green bunches near water. This delicate vegetable is very tasty raw, whether added to salads or used as a garnish on sandwiches. Consume it quickly after picking it, and always be sure to only pick it from bodies of water that aren’t compromised by industrial or agricultural pollution.