- (Germany)Rhine in Flames - The Rhine in Flames is a firework spectacular that takes place along the most scenic stretches of the Rhine every year between May and September. From Rüdesheim to Bonn, spectacular pyrotechnics and curtains of fire bathe the riverbanks and landmarks in a magical red glow, and a flotilla of illuminated riverboats glides beneath mesmerising patterns of light in the night sky – a romantic and unforgettable experience for the whole family.

- (France) Bastille Day - Bastille Day is a day of celebrations of French culture. Many large-scale public events are held, including a military parade in Paris, as well as communal meals, dances, parties and fireworks. 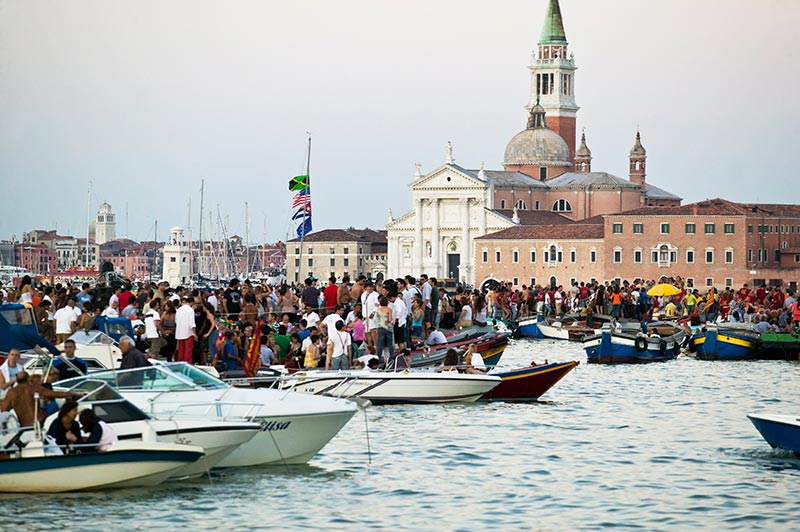 - (Italy) Festa del Redentore - Redentore falls on the third Saturday in July and it is how Venetians celebrate the end of the plague. First, you walk over the rickety floating bridge made just for this event, crossing over the Giudecca Canal from Zattere to the Redentore Church, which is supposed to bring you good luck.Enjoy one of the hundreds of boats with food, drinks, makeshift on-board bathrooms, and floating DJs who will have most everyone dancing and boat hopping until midnight, when the fireworks light up the lagoon.

- (Spain) Fiesta de Santa Marta de Ribarteme –In an unlikely group therapy session, people in northwest Spain who have had near-death experiences climb into coffins. The boxes are carried into Santa Marta de Ribarteme, the church dedicated to Mary Magdalene’s sister, with the coffins’ inhabitants playing dead or cheekily peering down at their solemn bearers. The festival combines Christianity with paganism and, typically, a large dose of profanity.