Most Spectacular Easter Celebrations in Italy 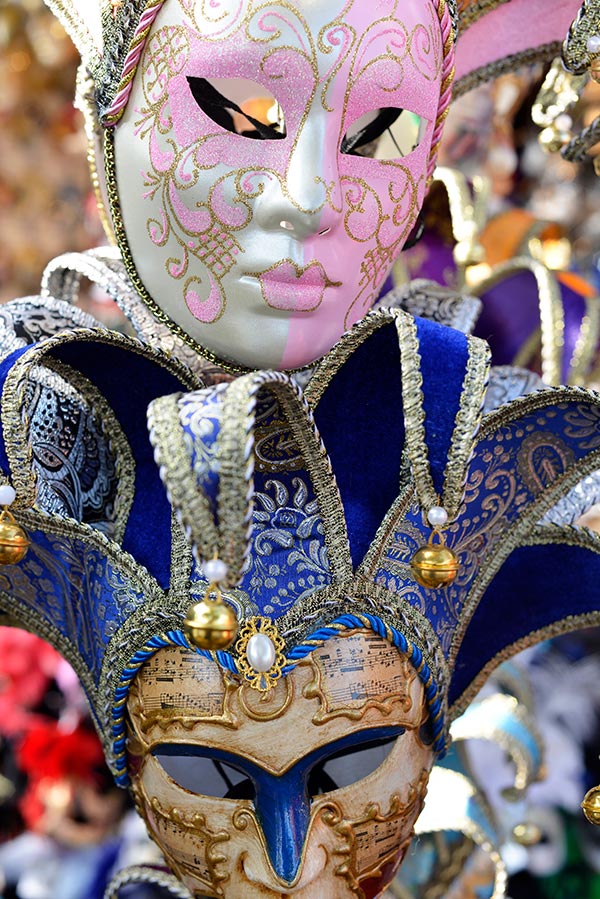 An Easter break in Italy offers plenty of choices to experience the fascinating rituals of the Holy week. You can choose to travel around rather than stopping in one place in order to make the most of these ancient rites.  The most spectacular celebrations happen on Good Friday and Easter Sunday but the evening of Maundy Thursday is equally fascinating: inside every church the statue of the dead Christ is illuminated by flickering candles in a holy sepulchre. It is tradition for the locals to wind through the narrow streets of their town to visit the different sepulchres “fare i sepolcri”, always in even number, as to do otherwise is considered to be bad luck!

The procession that traditionally happens on Good Friday, the Via Crucis or The stations of Cross re-enacts the Passion of the Christ and it can often take a typically theatrical role, with performances drawing inspiration from medieval times.

The Procession of the Mysteries of Trapani for example is one of the oldest running Good Friday festivals in Europe, dating back to before 1612. Starting Friday afternoon and lasting all night until Saturday afternoon, it sees 20 floats or stations, each built and carried by the various guilds of Trapani. The members of the guilds carry the heavy floats, swaying and marching at the rhythm of music for 24 hours in sign of repentance.

If spending Good Friday in Rome you can witness a Papal Mass at the Vatican in Saint Peter's Basilica at 5.00 pm followed by a Via Crucis near Rome's Colosseum, usually starting at 9:15 pm. The stations of the Via Crucis were placed at the Colosseum in 1744 by Pope Benedict XIV. A huge cross with burning torches lights the sky as the stations of the cross are described in several languages. At the end, the Pope gives a blessing, it’s a very moving and popular procession, often a favourite with tourists.

Another Good Friday celebration worthy of mentioning is the procession of the “Fracchie” of San Marco in Lamis, in the southern Italian region of Puglia. A “fracchia” is essentially a tree trunk, about six meters in length, with a central cylinder, inside which dry branches, weeds and wood splinters are placed; it's kept together by two strong iron rings to assume the shape of a very large torch. On Good Friday, the huge torch is loaded on a cart and used to light up the road of the procession that will escort the “Madonna Addolorata” (Our Lady of Sorrows) up to the “Collegiata”, where the body of Christ is kept.

The encounter between son and mother is at the base of both Good Friday and Easter Sunday celebrations; the mother mourning over her dead son’s body on Good Friday anticipates their unexpected reunification on Easter Sunday, brilliantly represented in the festival of The Dashing Madonna (La Madonna che scappa) in Sulmona, Abruzzo, only a couple of hours from Rome. Throughout Holy Week, Sulmona and its magnificent backdrop in the basin of the Peligna valley become the setting for one of the most solemn yet spectacular rituals in Italy, whose final culmination lasts only 15 seconds, but requires a whole year of preparation. Following the wake performed from Friday onwards, Easter Sunday morning sees a change of mood into a sense of joyful expectation. The statue of the mourning Madonna is carried running towards her resurrected son, the dark cloak she wears falls away to reveal a bright green dress and a red rose replaces the white handkerchief in her hand. A flock of white doves is released into the air, the pace seems to accelerate, as the crowd roars in approval and the church bells toll merrily, until mother and son are joyously reunited. Superstition is never far away: if the run is good, the year will be good; if the cloak fails to fall off properly, it is a dark omen; only when the doves fly high and free will the crops succeed.

Similarly based on the encounter of mother and son is the festival of “Vasa Vasa” (Kiss Kiss) in Modica, Sicily. A peculiar feature of this celebration is the moving statue of the Madonna via a mechanical mechanism, performed by a skilled manipulator, that allows her to open and raise her arms repeatedly before she is brought to face the statue of her son. Between shots of firecrackers and the cheers of the crowd, she bends over to kiss him in the ritual of the “Vasa Vasa”, which dates back to the 1600s and has Spanish origins.

The city of Alghero in Sardinia can also claim its Spanish heritage with the weeklong celebrations of the Setmana Santa De L’Alguer, where the rites date back to 1501, during the Aragonese rule of the island.

If you are looking for a celebration truly different from all the others in Italy, head over to the small town of Prizzi, about an hour from Palermo, which hosts the Dance of the Devils (Abballu Di Li Diavuli) on Easter Sunday.  The cosmic struggle between good and evil is represented in this re-enactment that also dates back to medieval times. The forces of evil, represented by two devils and Death – impersonated by villagers – claim the town. The devils, dressed in red, with goatskins slung across their shoulders, their faces covered with scary tin masks, run through the streets of the town rattling iron chains accompanied by another masked figure representing Death. Villagers and tourists are themselves actively involved in the performance: anyone who gets hit is carried off to the bar (symbolically identified as hell) where he pays for a complete round of drinks. In the early afternoon the forces of evil encounter the statues of the Madonna and the Risen Christ in a procession escorted by two angels holding swords. The meeting between good and evil is known as the ‘Dance Of The Devils’ because the devils and Death dance around to try and impede the meeting between Christ and his mother. The dance repeats itself several times until at last the two angels accompanying the Madonna strike the devils down!